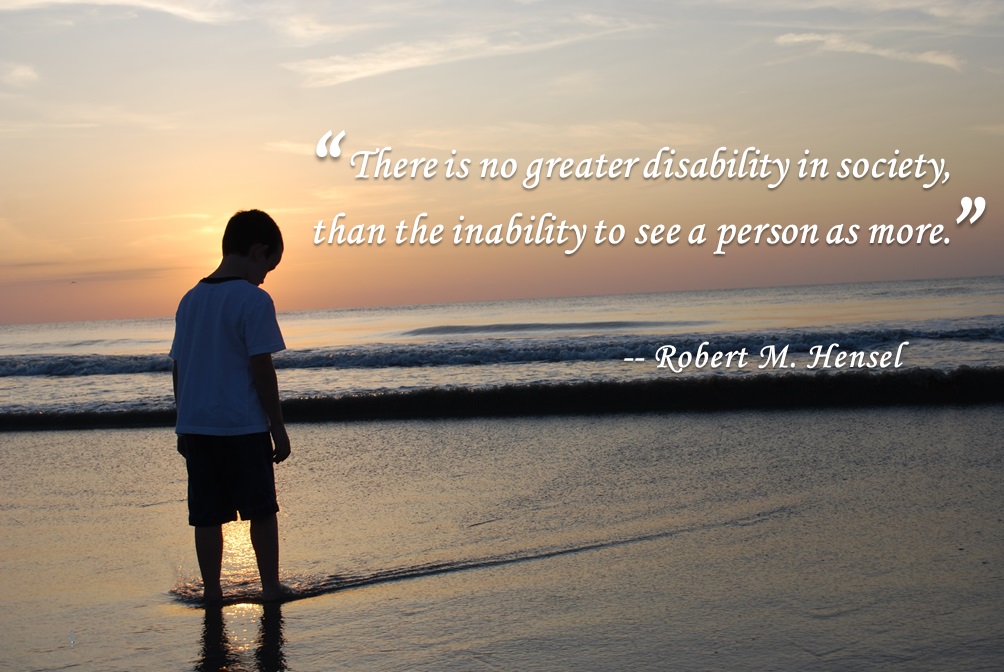 As we close another week here at North Coast Education Services, I am readily preparing our display for the 17th Annual Summer and Beyond Fair, hosted by the Educational Service Center of Cuyahoga County.  The fair, which will take place on Saturday, February 21st, is for families with children or youth with disabilities and offers them direct access to vendors for summer programs and other services — like tutoring!  I hope you will come visit me!

In preparation for the fair, I have been reading articles and newsletters about specific learning disabilities, including ways to help people and other suggestions.  This article is from our executive director, Carole Richards.  It is a wonderful read and I think it makes an excellent point.  Too often, children and youth with disabilities are identified by their disability…and they shouldn’t.  Having a disability does not mean that a person is dumb, but rather than they think and process information differently than most other people.  Rather than focusing on what a person cannot do, we should focus our energy on what a person can do.

Finding the Gifts of Children with Disabilities

Many families of children with disabilities often try to shelter their children from potential failure.  I suggest the opposite approach may be a better course of action that will build resiliency.

My son, Blair, was diagnosed with handwriting and written language disability at age nine.  I knew when he entered preschool that he couldn’t color, cut, or write like the other kids.  And, his gross motor skills were also less developed.

These disabilities were the negatives of my son’s abilities.   However, he was off the charts smart in analytical skills.  In fact, by age four, he could debate his position when he disagreed with me and often convince me that he was right.

In elementary school handwriting was important.  You had to show your written work in every subject.  This was a painful process and very frustrating for my son.  While I didn’t ignore his disability, I focused more on his gifts and what he was able to do rather than what he could not do.

At age nine, he discovered autograph collection as a hobby.  He was fascinated by the scribbly signatures which he could readily read.  This hobby turned into a business by high school.  The money he earned paid for his college spending money, travels around the world and his first car.

While he was struggling with his handwriting, his sister had taught herself cursive writing in kindergarten.  Rather than being upset with her accomplishment, he wrote, “great job,” on one of her papers and hung it on the refrigerator.  This gave me great pride that he wasn’t jealous of her success.  He knew he had other gifts.

So, how does this relate to your child?  Well, figure out your child’s strengths and come up with creative positive ways to improve his/her weaknesses.  Don’t try and push your child to accomplish the impossible.  However, don’t shelter them from failure.  Encourage your child to explore new things.  They may find a new activity no one in your family thought your child would enjoy.

The Academic Fun & Fitness Camp, sponsored by the Creative Education Institute, is for children ages 6 to 19 with disabilities.  The camp offers a broad array of experiences for our campers.  Activities include martial arts, basketball, soccer, baseball, science, theater, art, music and much more.  Parents are so pleased that their children now like a specific activity they had never tried before.  It gives the child a sense of pride to find out they excel at something they never thought they would like.

One final note, while my son had a writing disability, it didn’t stop him from going to law school and passing the bar exam on his first try.  (His analytical skills took over here.)  He learned in unique ways and studied for the bar while traveling to Malaysia, the Philippines and beyond.  He said he was better able to focus on his studies while travelling.  This wouldn’t have been my way to travel or study, but he knew what was best for him.

Encourage your child to explore his world, his successes, and his failures.  Failures are the best place to learn if you recognize them as learning experiences not failures.