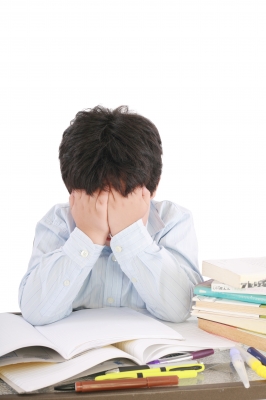 Once upon a time there was a little boy named Billy.  He was a bright-eyed little boy who loved to run and jump and play.  It took Billy a little extra time to talk, but he was smart, alert and even ahead of other children in some ways.

When Billy was four, he went to nursery school.  He didn’t color or paste as well as the other children.  But, he started using some big, big words.  He was a deep thinker for a little boy.

During kindergarten and first grade, he struggled to keep up with the other children in reading.  He had difficulty writing letters and words.  Billy’s penmanship was terrible.  He had trouble sitting still for long periods of time.  The teacher knew he was smart, but he wasn’t keeping up.  They told his mom and dad, “he’s just being a boy…don’t worry.”

At the end of second grade Billy began to act out in class.  His work wasn’t always finished.  The teacher no longer mentioned how smart he was.  He had become a “problem” for his teacher.  Billy’s mom and dad were very upset.  They could tell Billy was bright, but he just wasn’t catching on to reading.  His teacher said Billy would be fine if he would only “pay attention in class.”

By fourth grade Billy had become a bigger problem.  It seemed like he was always in trouble.  He poked other children, dropped things on the floor, and talked at the wrong time.  He almost NEVER turned in any work.

The teacher warned him that he might fail.  “If only he would TRY HARDER,” she said.  As you can guess, poor Billy repeated fourth grade.  But he did no better the second time, so the school passed him to fifth grade.

The fifth grade teacher recommended learning disability testing for Billy.  His mom and dad were relieved.  At last they would find out that it wasn’t Billy’s fault.  They were right.  The test showed that he did have a serious learning disability in reading.  Billy, now a fifth grader, COULD NOT READ “CAT” OR “DOG” OR “THE”!

So, the school gave him a tutor.  This time his mom and dad were sure that everything would be all right.  Billy would start to read better … He would keep up in class, do his homework and behave better.  Everything would be just fine.

Again, you can guess what happened.  Even though Billy started over again with reading, he still had to keep up with all his class work.  He got extra help, but it required extra work.  As hard as he tried and as hard as his mom and dad wished, it didn’t work.

Billy was very good in sports.  His mom and dad were very proud of his ability to play baseball.  He could throw, catch and hit a baseball better than any other kid.  “Why can’t Billy read as well as he plays baseball?” they asked over and over again.

Billy’s mom and dad even tried a private tutor suggested by the principal at school.  The tutor was patient and tried to help Billy.  She even made him sit still.  But, after a few months, they could tell it wasn’t working either.

In desperation, his mom and dad took Billy to a doctor that specialized in learning disabilities.  This was the end of the line.  There was no one else to take Billy to see.  They hoped and prayed that the specialist could help Billy.  By now they were sure that something terrible was wrong with Billy, and this special doctor would discover the problem and know just what to do.

But, they knew there was an answer somewhere.  They even knew what it was …

“ If we could just find the MAGIC PILL, all our troubles would be over,” said his mom.

“You’re right, dear, and I know there is one somewhere,” agreed his dad.  “We just have to keep looking, hoping, praying and wishing for the MAGIC PILL,” they said together.

“At last we found the pill…now we can relax.  Now our troubles are over.  THEY will solve our problems with Billy and we won’t have to go to school when Billy gets in trouble.  We won’t have to see his teacher and discuss how poorly he’s doing.  This time I know everything will be all right,” said his mom.  “Yes, dear,” said his dad.

The moral of the story is that there is no magic pill…but, Billy can learn to read … it takes time!

This is the end of this little fable.  But now let’s talk about reality.  Maybe you already guessed this too – there is no magic pill!  I wish we had one.  If we did, I’d be on my yacht in the Caribbean.  But, there is good news.

Yes, Billy can learn to read!  Yes, Billy learns differently than some other children.  Yes, the schools tried to teach Billy to read for six years.  Yes, Billy’s self-esteem is really low.

When you acknowledge that there is no magic pill and that reading miracles are not likely,  Billy can start a language program that will provide him with the necessary tools to read and build his self-esteem.  Billy will be able to master reading … given time.  He can master decoding/spelling and comprehension/writing.